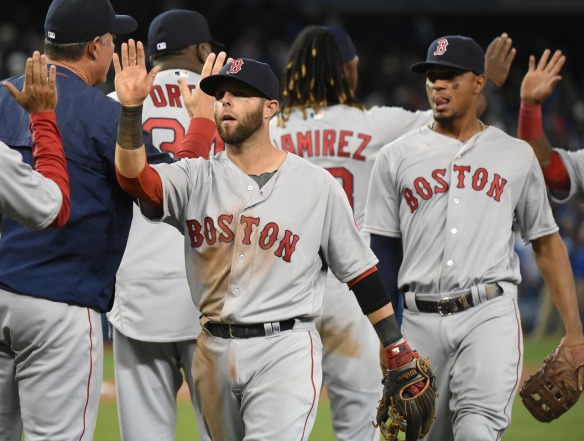 Now if they would just win!

I had a very bad feeling at the begining of September that this years Sox were not going to make the playoffs and sadly I was right. Like most passionate sports fans I hid my heart a little. Trying to make it less painful. I had done this yearly with the Bruins until last year. I hid my sports heart anf focused on the Pats, the Bruins pre-season and I looked in on the Redsox like you look in on a train wreck.

I’ve been rabid since I moved back to Boston in 1999, The Redsox have had some recent success in 2004 and 2007. We have a broken team now that has major issues. I assume the manager and GM will be fired. I will also assume Big Papi has played his last game in Boston.  We need to build around Dustin Pedroia and Adrian Gonzalez. We need a third baseman to replace oft injured Kevin Youkilis and a short stop that can stay healthy and bat over the Mendoza line. We need to trade Carl Crawford and John Lackey. The problem is who will take them?

This hurts. Terry Francona won two world series champiionships in Boston, his legacy is secure. He will be fine he will have offers by this afternoon. I think we as fans need a group hug, what do you think?

Jonathan Papelbom blew a save against the Angels the other night and before you could say “Fore” our beloved Redsox were done. This is usually a great time of year for the Redsox, Bruins and Patriots and Celtics are all playing at once. Being a spoiled Boston fan I expected the anticipated NY /Boston showdown in the ALCS. The Angels had other plans.

All we can hope for now I suppose is that the Dodgers somehow win the NLCS and Manny goes Manny on the Yankee’s. It would be nice if the Angels took the Yankees out but we will just have to hope and wonder what if?

The Redsox offense was offensive in the Angels series and could not ammount anything against an Angels pitching staff that usually isn’t that good. The Redsox were not patient like in years past they were anxious. Confidence goes along way and our Sox seemed swaggerless this year.

We need a bat, Jason Bay is now a free agent so re-signing him is job numero uno. If he is hesitant to take the hometown discount however we have noone to blame but Theo Epstein. That idea that 3 old guys = 1 good young arm #failed. Let’s get a real free agent and lock up a real 5th starter for next year also.

I still believe in the Redsox however, see you in April.