There is no excuses for it. We say I would never cheat but yet 80% of the world has done it at some point of time? Marriage isn’t a paper of union, it isn’t an award, it isn’t a job, it isn’t a time keeper, it doesn’t wait for you to be ready. Marriage is a pack before God that you found your…

Funny Thanksgiving pictures I found online. Be safe and have a very happy thanksgiving.

No other reason than I thought it was a cool Gif.

What do I mean by this, you ask? Being proactive means not blaming other people or things for your unhappiness. It’s no one’s fault but your own! YOU are the only person who can control your emotions. No one else, honey. So never say, “Ugh, this made me so upset!” NOTHING can MAKE you upset, that’s just you. You chose to be upset. So next time you feel yourself thinking, “That makes me unhappy.” Tell yourself, “No, I’M making myself unhappy and I can change that. I’m going to be happy today.” :] Smile, Babe. 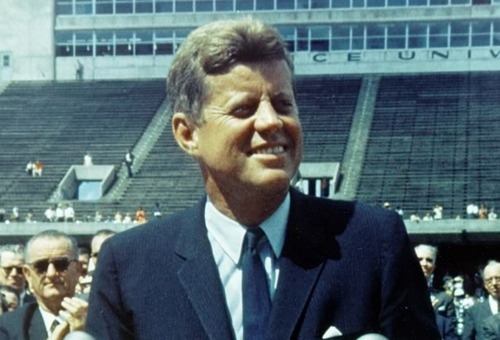 BY THE PRESIDENT OF THE UNITED STATES OF AMERICA

A half century ago, America mourned the loss of an extraordinary public servant. With broad vision and soaring but sober idealism, President John F. Kennedy had called a generation to service and summoned a Nation to greatness. Today, we honor his memory and celebrate his enduring imprint on American history.

In his 3 years as President of the United States, John F. Kennedy weathered some of the most perilous tests of the Cold War and led America to the cusp of a bright new age. His leadership through the Cuban Missile Crisis remains the standard for American diplomacy at its finest. In a divided Berlin, he delivered a stirring defense of freedom that would echo through the ages, yet he also knew that we must advance human rights here at home. During his final year in office, he proposed a civil rights bill that called for an end to segregation in America. And recognizing women’s basic right to earn a living equal to their efforts, he signed the Equal Pay Act into law.

While President Kennedy’s life was tragically cut short, his vision lives on in the generations he inspired – volunteers who serve as ambassadors for peace in distant corners of the globe, scientists and engineers who reach for new heights in the face of impossible odds, innovators who set their sights on the new frontiers of our time. Today and in the decades to come, let us carry his legacy forward. Let us face today’s tests by beckoning the spirit he embodied – that fearless, resilient, uniquely American character that has always driven our Nation to defy the odds, write our own destiny, and make the world anew.

NOW, THEREFORE, I, BARACK OBAMA, President of the United States of America, by virtue of the authority vested in me by the Constitution and the laws of the United States, do hereby proclaim November 22, 2013, as a Day of Remembrance for President John F. Kennedy. I call upon all Americans to honor his life and legacy with appropriate programs, ceremonies, and activities. I also call upon Governors of the United States and the Commonwealth of Puerto Rico, officials of the other territories subject to the jurisdiction of the United States, and appropriate officials of all units of government, to direct that the flag be flown at half-staff on the Day of Remembrance for President John F. Kennedy. I further encourage all Americans to display the flag at half-staff from their homes and businesses on that day.

IN WITNESS WHEREOF, I have hereunto set my hand this twenty-first day of November, in the year of our Lord two thousand thirteen, and of the Independence of the United States of America the two hundred and thirty-eighth.