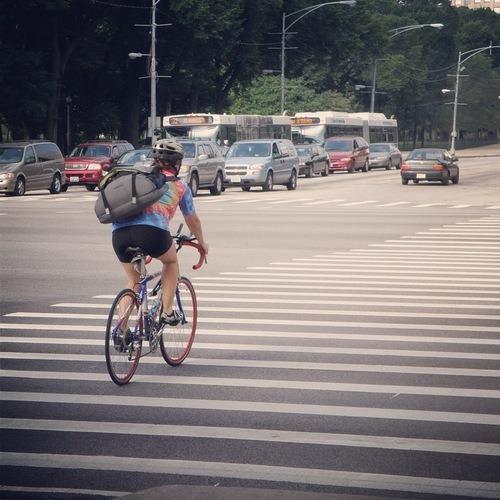 I almost hit a gentleman a week or so ago on Binney street, he flew into the middle of street and I took extreme measures to make sure I did not end him. Very scary indeed. When I was a kid we were taught to walk our bikes in crosswalks, but that was in New York, Westchester County and in the 1960’s. ﻿

Imagine a world where crosswalks don’t exist.  Every crosswalk you know and love has been erased from the pavement.

Although we have some of the nation’s best bike laws here in the Bay State, there are still a couple of major holes in our legislative structure.  The crosswalk is one of them.