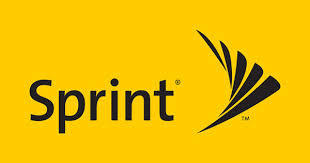 If You are thinking about getting Sprint as your Mobile phone subscriber and you reside west of Boston you may want to think again. I have an ongoing ticket opened when I first got Sprint Service in early 2013.  My problem is that when I am home my phone doesn’t work at all. The problem stems from a tower that was been down for almost the same amount of time that I have had Sprint Service. Sprint says they are working on it, they have mentioned opening tickets to various service initiatives but so far nothing but talk has been done to solve the problem.

I took to twitter to see if I could raise some awareness on the issue.

So @sprint when are you going to fix the tower in Metrowest MA? Ticket in 2 weeks ago?

@SkipBensley Near Elm St.? Looks like we’re working hard to get it up and it shouldn’t be much longer at all. Crews out there now. *CDM

@sprintcare the thing is you have been working on it since I became a customer, I can’t make calls from home yet.

Sprint Care ‏@SkipBensley Wow, I do see it’s been a while. Let’s get this corrected. Would you mind emailing me? sprintcares@sprint.com *CDM

@sprintcare what and take this conversation off line, when I do that nobody gets back to me. I like you attentiveness.

Sprint Care ‏@SkipBensley We can get your account info via email. Let me know once it is sent, and tell me the subject line. I’ll find it. *PJL

@sprintcare really so the 21 people you are already follow are what the CEO and other Sprint company stuff.

@SkipBensley I understand. My user profile does not have access. It’s handled on a corporate level. Please let me know once it is sent. *PJL

In reply to Sprint Care

@SkipBensley Thank you for that. What was the subject line? I’ll make sure we got it. Also please allow up to 48hrs for a response. *PJL

@sprintcare Something deviously clever. “my email” ….

@SkipBensley Thanks for reaching out to sprintcares, please allow 24-48 hours to receive a response. We want to get this resolved. *JET

There was no reply to my email, nothing at all which prompted another tweet several hours later.

Can anyone out there help @sprintcare find my email address… lol It would be funny but its not, no not so much.

In reply to Skip Bensley

@SkipBensley We got you. We’re on it. Please allow 24-48 hours for response. Thanks for reaching out. *EEE

@sprintcare at high noon it’s 48 hours I look forward to your brilliant resolution.

There has been no tweet or response from Sprint and it has offered no resolution, no details of the 5 month long problem or what they might do to fix it or anything for that matter.

Sprint always wants to know how they are doing, they are not doing well in Metrowest, MA.